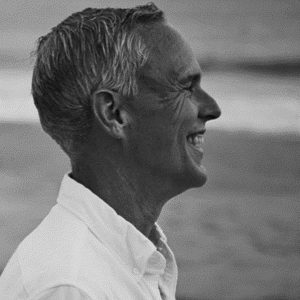 Since 2000, David Dow and Jim Neeley have led Wisecracker Design, an interior and product design boutique studio with a broad range of creative capabilities and solutions for a loyal portfolio of high-profile clients.

In 2017, David has also returned part-time to studio art and his love of clay and hand-building. His current work explores masks: do they hide who we are or allow us to become something we’re not? The masks are influenced by David’s world travels, both during childhood and during the past 30 years with Jim. David’s love and respect for diverse cultures emerge through his clay “souls” including African, Mayan, Amazonian and Southeast Asian features—sometimes combined. Key inspiration comes from his long fascination with tribal masks and their role as part of ceremonial costume. African masks and body art were traditionally used to express an individual’s status, spiritual beliefs and ethnic affiliation, or to help a person during life changes such as movement from childhood to adulthood. Some of his masks combine human and animal features to unite human beings and the environment. Others explore scarification and its role in defining beauty and position in society, challenging the notion of Western “superiority.” Are Botox and plastic surgery really more “civilized”?

David’s interest in masks and costumes also relates to his family history. He was born into a Hollywood costume family. While working for the Shubert Theaters in New York in 1929, his grandfather was hired by Cecil B. DeMille and brought to Hollywood to head the legendary Western Costume Shop. His grandmother was a costumer and wardrobe assistant to Adrian and Helen Rose. His mother and the extended family all worked in the movie business in costume, hair or makeup. On the other side of the family, David’s father was a PhD economist with offices in Los Angeles, Washington, DC, and Tehran. David landed somewhere in the middle, with a deep passion for the creative balanced by a healthy drive for business.

David always knew what he wanted—and that was to work in the fashion industry. He consciously set out to learn all aspects of the business: retail sales, wholesale distribution, design and manufacturing, steps that combined the creative instincts from his mother’s side with his father’s pragmatic business background. David traveled around the world with his family and eventually studied fashion merchandising and design in Paris. He learned the retail side at Saks Fifth Avenue and later held management positions at the “carriage trade” retailers Bullocks Wilshire and I. Magnin. At Perry Ellis he learned the wholesale sales and distribution model for a high-fashion enterprise. And at a Los Angeles–based women’s apparel group he designed, merchandised and managed production for three women’s brands with production offices in Florence and Milan and showrooms in New York, Dallas and Los Angeles.

He went on to hold senior management positions in luxury and high-end consumer products companies including President of Tzabaco, a Sonoma County niche catalog and retail store he cofounded with Jim Neeley; President of Mulholland Brothers, a San Francisco–based luxury leathergoods producer; President of Blueair Inc., the Chicago-based subsidiary of a Swedish design-driven air purification company; and Senior Vice President of Merchandising for multichannel gazoontite.com, where he was responsible for managing product development, merchandising and planning, stores, catalog and creative.